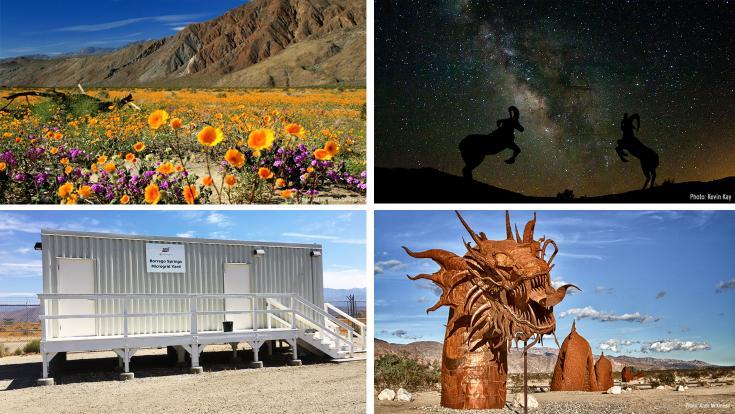 It’s home to one of America’s largest utility microgrids—built by SDG&E. The project is frequently held up as a poster child of cutting-edge energy innovation. Most recently, Inside Climate News featured the Borrego Springs Microgrid in an article titled “Microgrids Keep These Cities Running When the Power Goes Out.”

Read the article to learn how our microgrid is making a difference for this desert community located at the far northeastern edge of San Diego County by helping to reduce extended power outages.

Microgrids Keep These Cities Running When the Power Goes Out

These energy islands are keeping electricity flowing in emergencies and helping integrate wind and solar. They're keystones to a modern electric grid.

Borrego Springs, California, is a quaint town of about 3,400 people set against the Anza-Borrego Desert about 90 miles east of San Diego. Summers are hot—often north of 100 degrees—and because it lies at the far end of a San Diego Gas & Electric transmission line, the town has suffered frequent power outages. High winds, lightning strikes, forest fires and flash floods can bust up that line and kill the electricity.

"If you're on the very end of a utility line, everything that happens, happens 10 times worse for you," says Mike Gravely, team leader for energy systems integration at the California Energy Commission.

The town has a lot of senior citizens, who can be frail in the heat. "Without air conditioning," says Linda Haddock, head of the local Chamber of Commerce, "people will die."

But today, Borrego Springs has a failsafe against power outages: a microgrid.

Resiliency is one of the main reasons the market in microgrids is booming, with installed capacity in the United States projected to more than double between 2017 and 2022, according to a new report on microgrids from GTM Research.

Another is that microgrids can ease the entry of intermittent renewable energy sources, like wind and solar, into the modern grid. Utilities are also interested in microgrids because of the money they can save by deferring the need to build new transmission lines.

"We're in a microgrid movement" for these reasons, says Peter Asmus, an analyst at Navigant Research. "Our grid is so unreliable compared to other industrial countries."

A microgrid, put simply, "is what it sounds like," Asmus explained—"it's a smaller grid."

Microgrids have long been used in remote areas to power off-grid villages, military operations or industrial projects. But increasingly they're being used in cities or towns, in urban centers, on university or corporate campuses, in hospitals or at data centers.

These microgrids run in parallel with the main grid. When severe weather knocks out power lines, a microgrid can separate itself like an island from the main grid and continue to serve its customers. But when it's connected, it's an island with a causeway, funneling electrical traffic to and from the big grid. Because the microgrid consolidates electricity generation and battery storage, it offers the big grid a larger resource to help it maintain its balance, which can be complicated with wind and solar, demand response and other factors.

Borrego Springs' turn to a microgrid was spurred by a local calamity, a 2007 wildfire that took down its transmission line. After the fire, San Diego Gas & Electric won an $8 million grant from the U.S. Department of Energy to build a demonstration microgrid in the community.

It was put to the test in September 2013, when lightning and flooding knocked out the same critical transmission line that connects Borrego Springs with outside power generation, Haddock says. The utility unplugged the microgrid from the main grid, "islanding" it, and directed electricity generated on site to the essentials: a gas station so people could fuel up and leave for cooler climes, a library serving as a cool zone for people experiencing heat stress, and full power for an elderly community. About 24 hours after the outage, the utility was able to restore the entire town's connection to the main grid.

Preparing for the Next Storm

East Coast states, too, have been turning to microgrids to gird against climate-related damages, especially since two behemoth storms, Irene and Sandy, pummeled the region.

Connecticut was the first state to pass a microgrid law back in 2012, says Asmus. Since then, New York, Massachusetts, Maryland, New Jersey, Rhode Island and, Washington, D.C., have all introduced microgrid incentives.

The city of Hartford, Connecticut, is a classic example of the East Coast approach. After Hurricane Irene in August 2011 and a major snowstorm that October that left 750,000 homes without power for 10 days, Hartford built a fuel cell-powered microgrid that began operating in March of this year.

Set up in the city's core, the microgrid can unplug from the main grid in an emergency and keep power flowing to critical resources, including a health center, a school, a grocery store and a gas station.

Borrego Springs' microgrid brings Haddock similar peace of mind that her community will be safe in a crisis. "We now know that our gas pumps can go on in the dead of summer when temperatures hit 120 degrees. The air conditioning will work. ... It's a life-saving microgrid that we live with today."

In many places, reducing the emissions that cause climate change is just as important as bolstering the local grid against emergencies and climate damages.

California is one of those places. "In the big picture, California wants to integrate as much clean energy as possible in the best way possible, and microgrids are a tool to help us get away from fossil fuel systems and toward clean systems," says Gravely, of the state energy commission.

"Microgrids are going to become inevitable as we start relying more and more on different kinds of distributed energy resources," says Asmus. That's because they aggregate lots of small units of electricity into larger chunks. "If 100 solar PV arrays are all wrapped into a microgrid, the utility only has to interact with one entity instead of 100."

Gravely adds, "It's kind of a building block approach." For the utility, working with the microgrid's aggregated electricity is "cheaper than doing all of that independently." And making it cheaper and easier to incorporate renewable energy, energy storage, demand response and other features of the modern grid will hasten the energy transition.

Still, it's early days in using microgrids in this fashion. These first microgrids are demonstrating different ways to address the tricky business of aggregating all the energy sources and processing them through the microgrid controller – essentially a computer running customized software – to integrate with the main grid, said Gravely. "It's communicating with the PV on the roof, the storage, with the building, with electric vehicles that are sitting there. And then it has to decide: what can it actually provide to the grid? Or what does it need from the grid to keep its system operating properly? But it's a very complex algorithm."

It's important work, says Gravely. "What we learn from microgrids can be expanded to larger grids."

While older microgrids were typically powered by diesel, these newer microgrids can be powered by fuel cells, solar, wind, combined heat and power, and batteries instead of or in addition to diesel.

The Borrego Springs microgrid is powered by diesel and local residents' rooftop solar. And in 2015, the California Energy Commission awarded San Diego Gas & Electric a $5 million grant to connect it with a nearby 26-megawatt NRG solar farm, making it the largest microgrid in the country that can operate solely on renewable energy.

As solar and wind prices have dropped, use of these renewable sources has expanded in microgrids, says Asmus, generally as an add-on to existing diesel power.

Renewable energy has the added benefit of reliability because it will not run out, as fossil fuels might, during an emergency. The Borrego Springs microgrid expansion was one of three awarded by the state agency because it had a high penetration of renewables, Gravely says. An additional four were chosen because they supported critical resources like a hospital, a military base or an emergency command center.

In August the California Energy Commission issued a new, $45 million request for proposals for advanced microgrids that can help the state transition to using more distributed energy resources. A winning bid must demonstrate at least a 20 percent reduction in greenhouse gas emissions.

"It's an exciting time," says Gravely. "If California goes to 60, 70 or 80 percent renewables, then microgrids will play a bigger role." 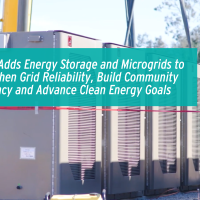 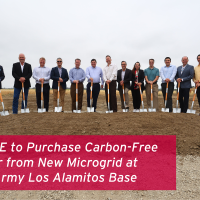 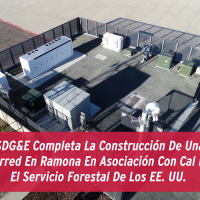 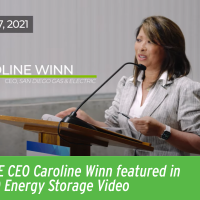