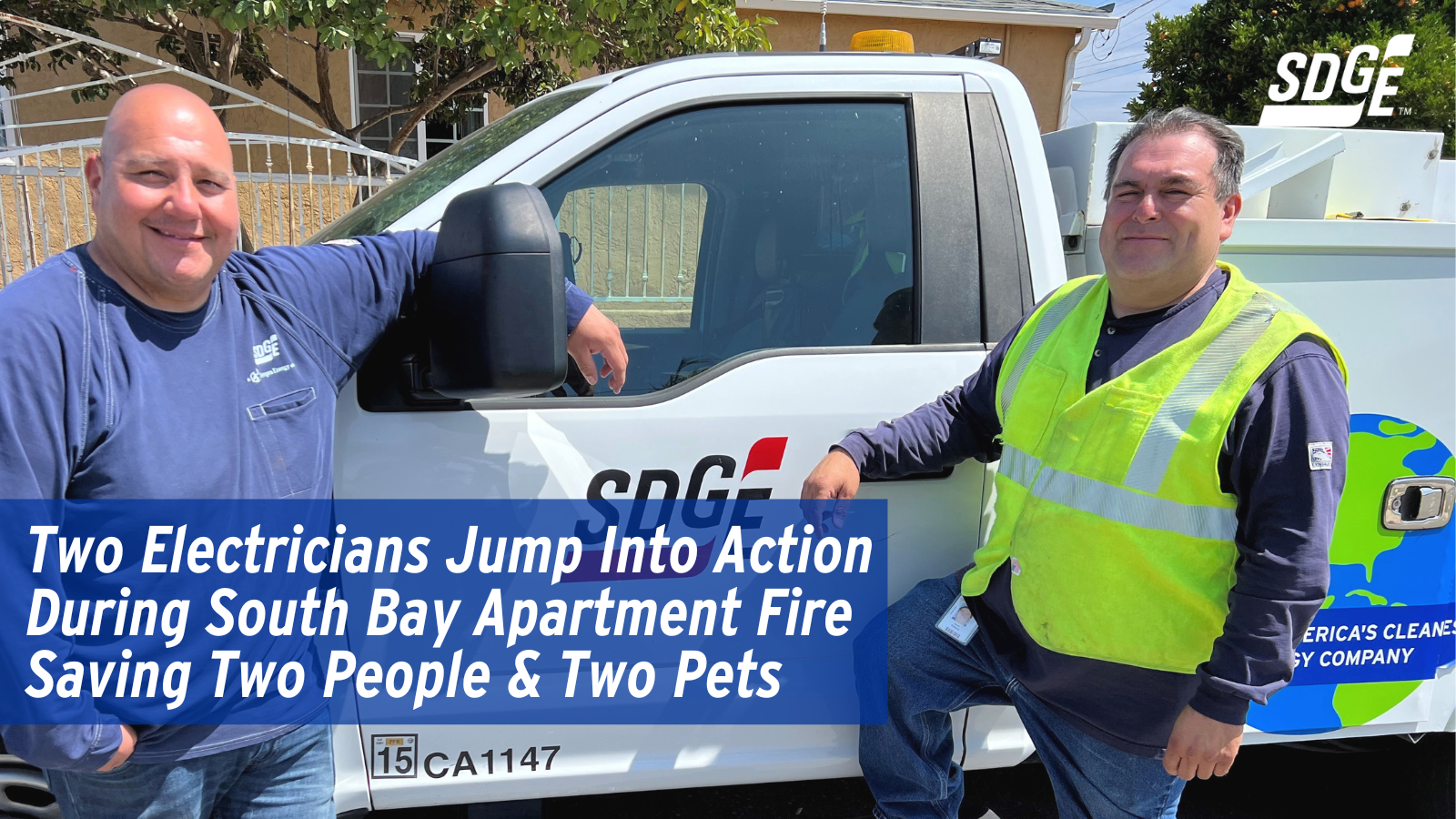 One of our company's core values is to "Do the Right Thing," whether one is at work or in the community. Two of our Cathodic Protection Electricians, who fight corrosion through a cathodic protection technique that uses electrical currents to prevent rust, are tangible examples of our employees upholding that value. David Chavira and Leo Covarrubias were in the right place, at the right time, and they saved the lives of two people, a dog, and a cat, from a local apartment fire.

On Thursday, July 21, just fifteen minutes before the end of the workday, the two were driving down a residential street approaching Elkwood Avenue and 3rd Street in the City of Imperial Beach.

With Chavira driving and Covarrubias in the passenger seat, both gazed out the windshield, their eyes fixed on what at first seemed to be a peculiar white fog emanating from the lower floor of a 12-unit, two-story apartment complex. Bewildered, they slowed the vehicle to a stop, both jumping out to investigate.

Chavira and Covarrubias, who started together at the utility over 17-years ago, ran to a partially open exterior ground floor window, which by now was billowing thick black smoke from what had reportedly started from the kitchen stove. The fire was fast, engulfing an apartment kitchen, prompting both men to yell into the home in hopes of a response. As Covarrubias pounded on the front door, the commotion alerted an upstairs neighbor to the danger. That man escaped unharmed and called 911 for help.

The group then went door to door to ensure everyone was out of the complex. They found an additional neighbor who was unharmed and also learned that a cat and a dog were trapped inside a unit, whose occupant had just left. Entry was made through the front door by a neighbor in the hopes of corralling the pets to safety.

A cat dressed in a T-shirt skirted outside the now open door and was scooped up by Chavira. The fire department arrived shortly thereafter, knocking down flames and black smoke. Because of the quick response by all who were involved, bystanders were eventually able to save the dog who had cowered in the back room, until the animal was retrieved safely.

The crew stayed long enough to reunite the owner with his beloved cat. At SDG&E, that is all in a day’s work for the two men. Chavira and Covarrubias, we salute you and your service to our community. 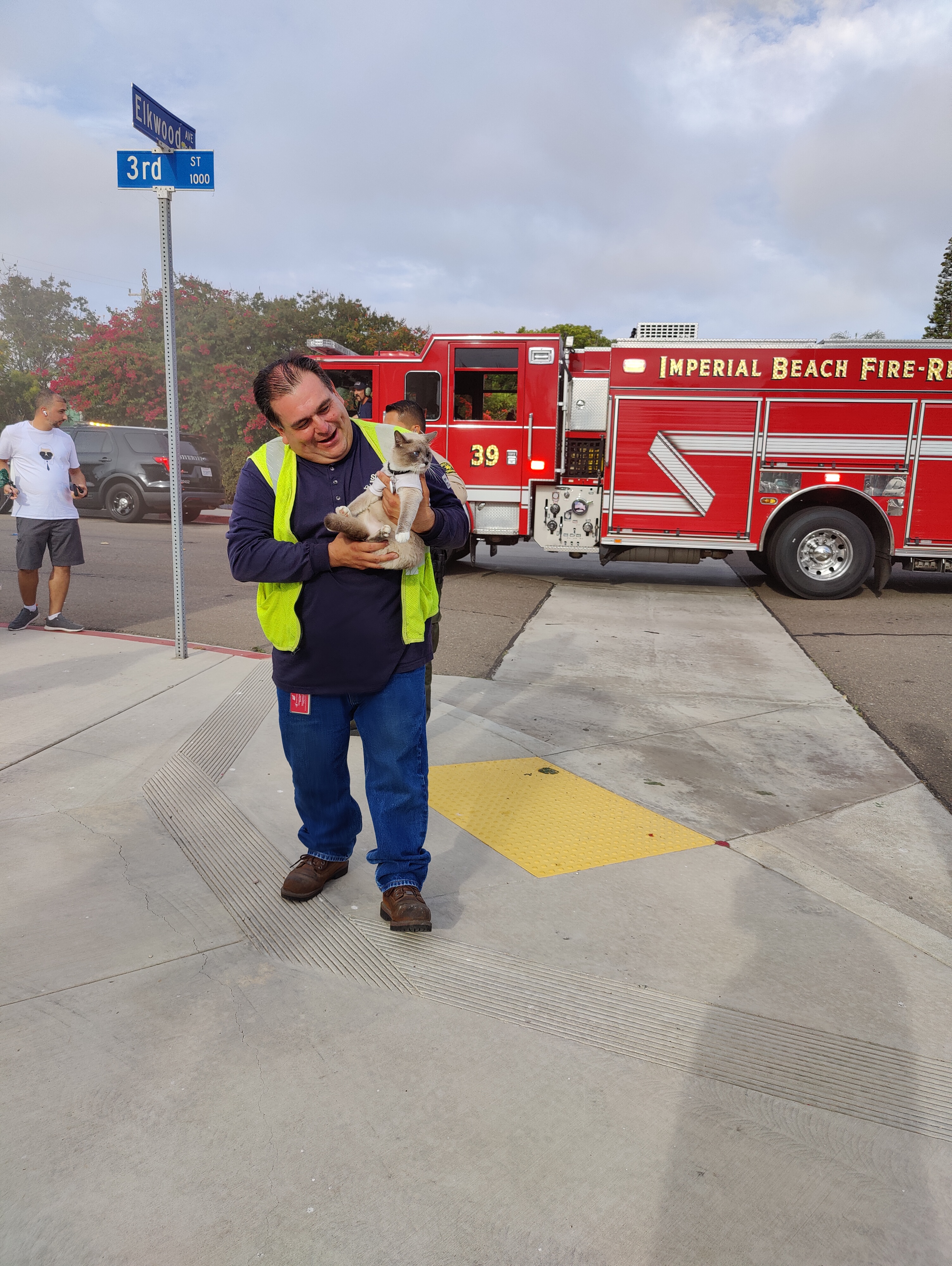 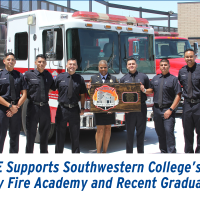 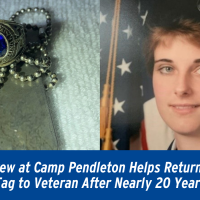 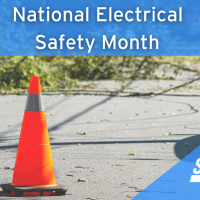 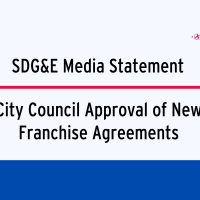 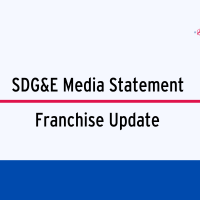