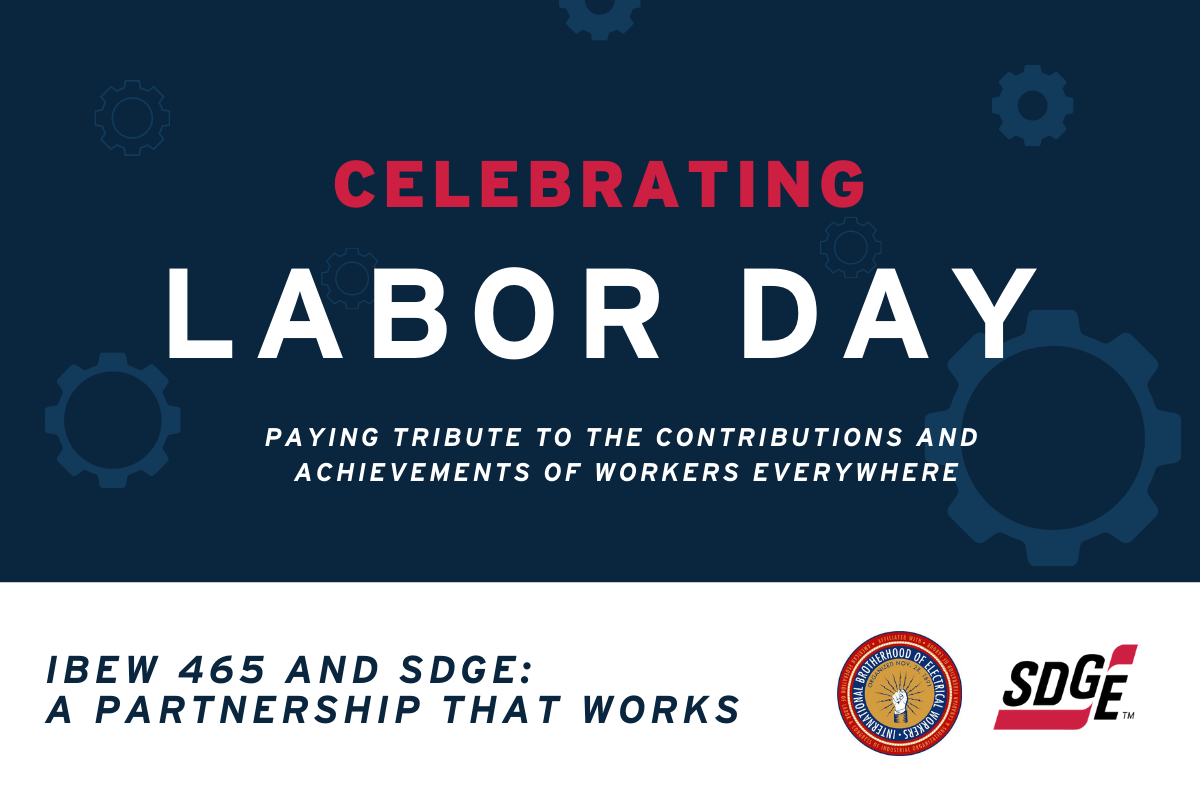 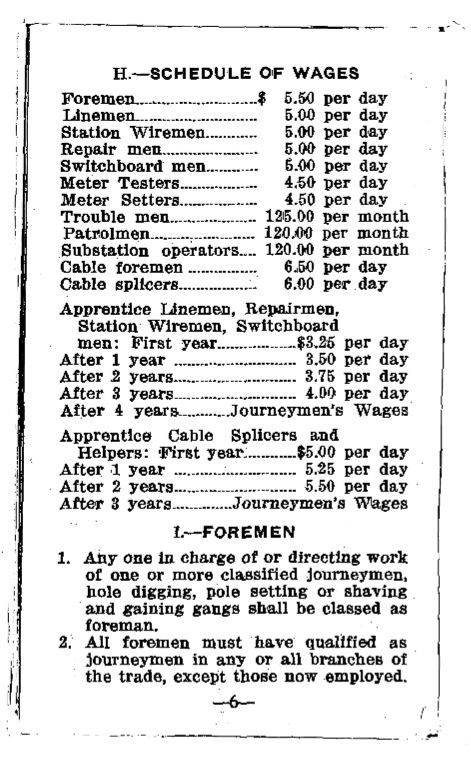 Today, as we celebrate Labor Day and pay tribute to the contributions and achievements of American workers everywhere, we also recognize our 103-year-old partnership with the International Brotherhood of Electrical Workers (IBEW), Local 465, and the more than 1,400 represented employees in the SDG&E family.

Labor Day, as we know it, was created in response to the labor movement of the late 19th century. On Sept 5, 1882, New York City hosted the first Labor Day parade. Twelve years later, on June 28, 1894, Labor Day became an official federal holiday, when President Grover Cleveland signed a law making the first Monday in September of each year a day of tribute to workers.

Not long after, in 1918 in the office of a manager of the then San Diego Consolidated Gas and Electric Company, representatives of the IBEW and SDCG&E collaborated on the first major wage agreement between the two. The agreement established a schedule of wages, standards for training and safety guidelines.

Linemen were guaranteed $5 per day, while foremen were paid $5.50 per day. Out-of-town workers were allowed $1.25 per diem for lodging, and substation operators earned a set salary of $125 per month. Apprentices received between $3.25 and $4.00 per day, depending on their years of experience. Also in this wage agreement, the eight-hour workday and traditional lunch hour were outlined, as were vacations, sick days, overtime, and employee benefits.

Though, much has changed since the nation’s first official observation of Labor Day and the Company’s first major wage agreement with IBEW, one thing has not - our productive working relationship with IBEW Local 465. We have a history of getting things done, while always keeping the safety and wellbeing of our employees top of mind.

Today, we reflect on the efforts and achievements resulting from the combined efforts of our employees, both represented and non-represented. Our SDG&E family has grown to more than 4,000 employees, and together, we provide energy to 3.6 million people throughout the service territory. That’s 1.4 million electric meters and 873,000 natural gas meters over a service territory spanning 4,100 square miles! During this Labor Day Holiday, SDG&E celebrates all employees everywhere, no matter where you are or what you do, we salute you.