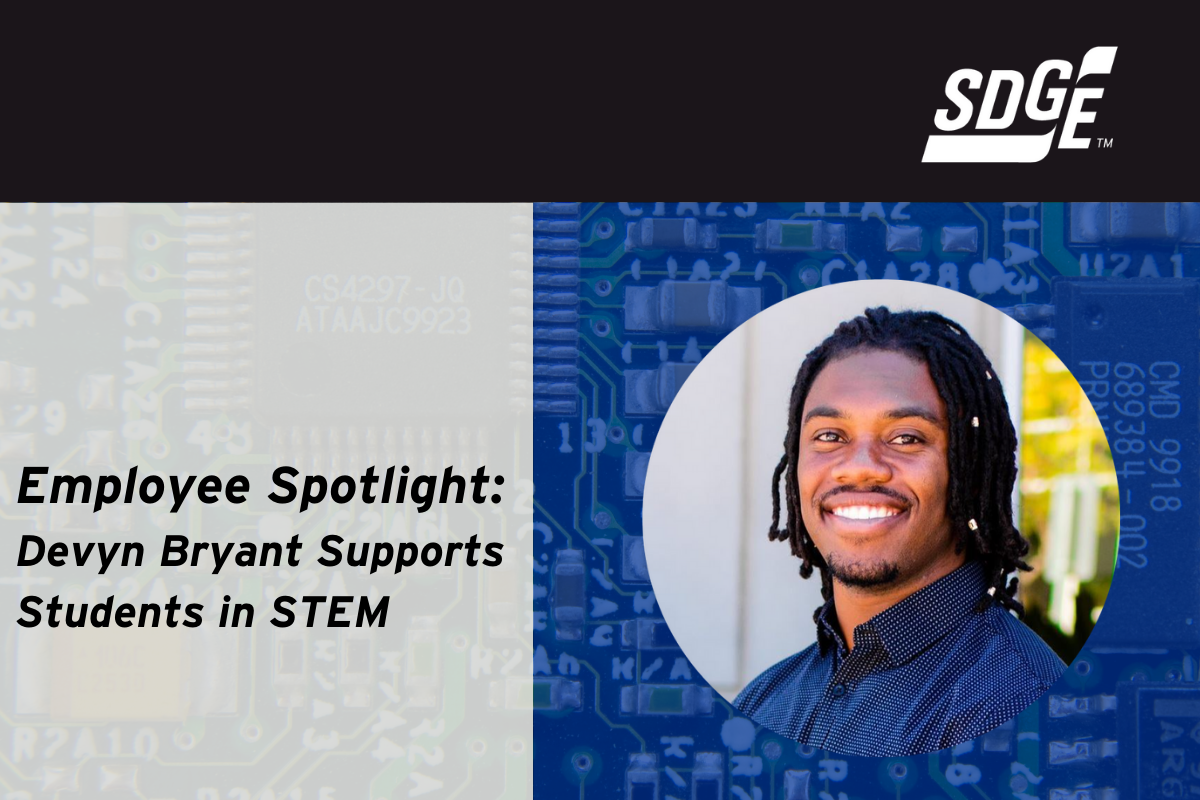 While our company has vast divisions focusing on specialized areas, the collective goal is to keep San Diego safe and energized – while seeking to align with California’s climate goals. For this reason, it is crucial that the next generation of engineers are passionate, conscious and adaptive. Spearheading the pursuit of this development is our very own “Engineer II,” Devyn Bryant.

Being a Team Player

Bryant attended the University of San Diego, where he studied mechanical engineering. Here, he excelled in his studies while playing cornerback for the Torero’s football team. After graduation, he took a role with our company – working with our Kearny Maintenance Operations Group.

Not only was Bryant a force to be reckoned with as a player, but, since 2018, he’s coached football at Mt. Miguel High School. His volunteerism off the field is particularly notable, as he also serves as a robotics coach through the “Link Achievers” scholarship program.

“Critical thinking and problem-solving skills (i.e., engineering skills) are great equalizers across many boundaries and can uplift, encourage and invigorate a group of people," Bryant notes on USD's Black Excellence in Engineering and Computer Science website. "It is no secret that engineering can be a difficult career path to pursue. Therefore, I believe it is important to highlight Black engineers to encourage the next generation to pursue and achieve even more than the ones who came before them."

Bryant wanted to support STEM education in the black community, and says that one piece of advice he likes to give to his students is that "majoring in STEM-related academics provides you with a world of skills to select from."

While Bryant began his career in the aerospace industry, he realized that “[I] wanted to do a job that affects the community,” and cites Josh Williams as influential in his move to our company.

Bryant has now been with us for three years. His first 1.5 years saw him working in our rotational program, after which he shifted to our Palomar Substation, Eastern Substation, then Energy Design Substation, respectively. He has now served in his current role for the past 1.5 years.

As mentioned previously, his volunteer work on the field and in the classroom is notable, but Bryant is also rather active in our company's volunteerism as well. So, thank you, Devyn Bryant, for all your continued efforts!