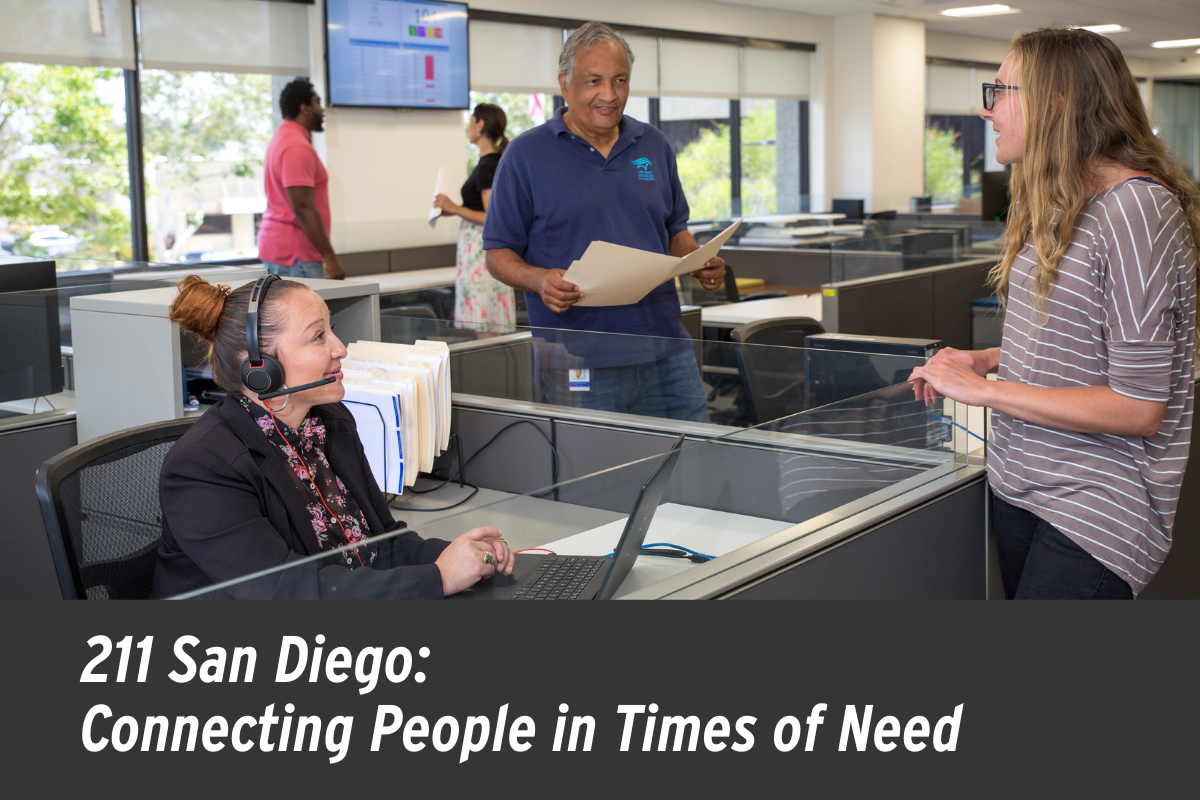 As one of San Diego’s most trusted non-profit organizations, 211 San Diego has been connecting San Diegans 24 hours a day, 365 days a year, for almost 20 years. It is one of the leading 211 organizations in the nation, helping San Diegans access more than 6,000 community services, like food assistance, mental health services, rental and utility payment assistance, COVID testing, vaccination, and other medical care.

Often overlooked is their role in helping San Diegans respond to regional disasters and the threat of wildfires. Their highly trained staff and volunteers provide real-time, verified information to residents on evacuation routes, emergency shelters, and other critical resources, thereby relieving pressure on the 911 system.

For example, during the 2007 wildfires, news broadcasts flashed the 211 number on screens, and Sheriff’s deputies referred evacuees to 211 for help. As a result, 211 San Diego received a deluge of calls - 25,000 calls on the second day of the fire and more than 44,000 calls on the third day. 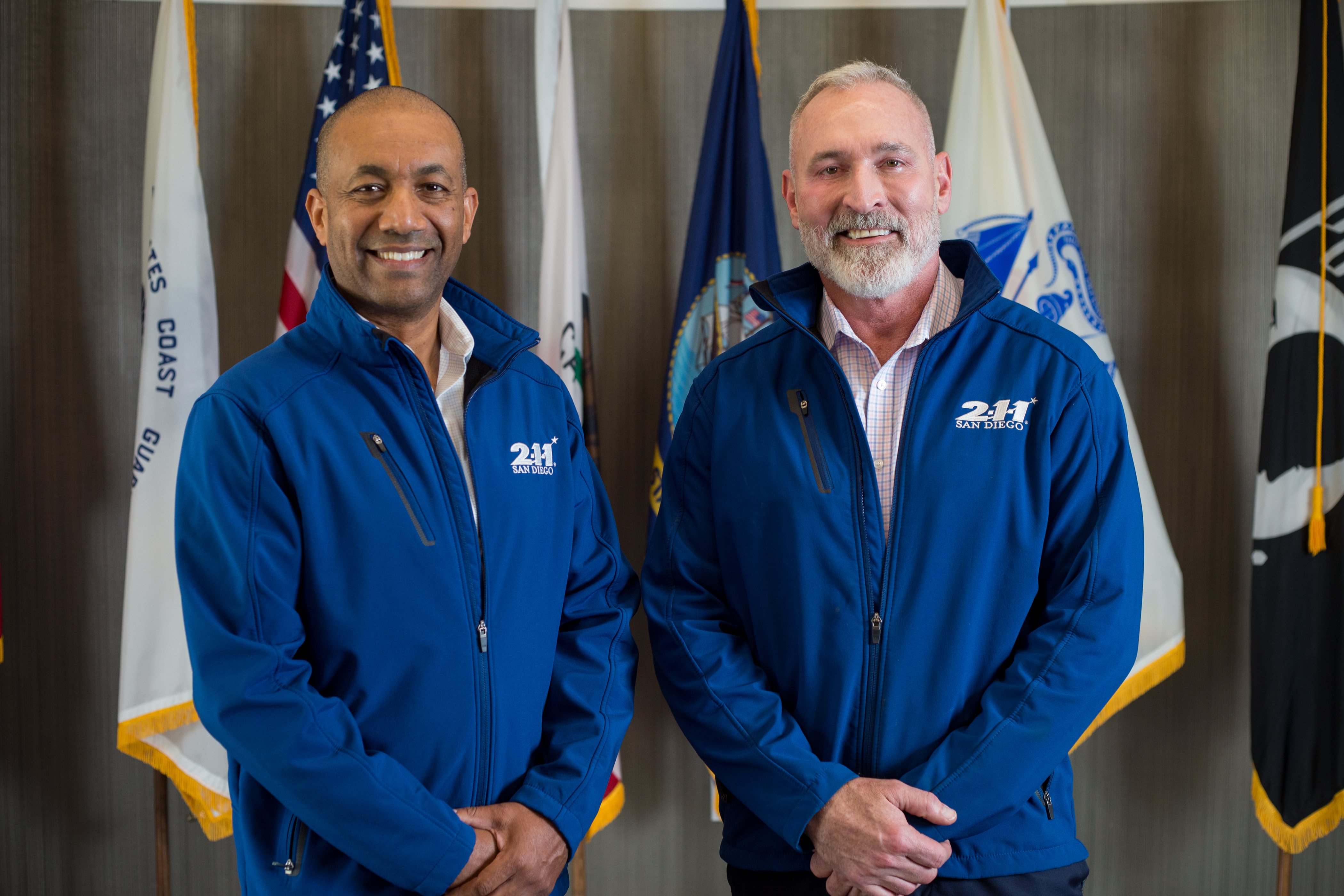 One of the many people taking calls at 211 San Diego during the 2007 fire was a little-known volunteer named Bill York. Today, 14 years later, York is 211 San Diego’s President & CEO.

“It was a difficult time,” recalled York. “I walked in and could see right away that this small organization, though full of enthusiasm, was overwhelmed at first, but 211 quickly adapted, overcame the challenges, and helped San Diegans through an exceedingly difficult ordeal. It’s something we continue to do.”

Since 2007, 211 San Diego has helped the region through several fires. Ray Chaney is Director of Emergency Services for 211 San Diego and a former CAL FIRE Division Chief with three decades of experience fighting fires on the ground and from the air.

“San Diego is unique in that we have a lot of experience with fires,” said Chaney. “Everybody in San Diego has stepped up and evolved to deal with large-scale catastrophic fires.”

A Partnership for All San Diegans

The County of San Diego and SDG&E are two of 211 San Diego’s most significant partners in preparing the region to meet the challenges of wildfires and connecting people to community services.

“SDG&E is a major partner in our efforts to help San Diegans access the resources they need to improve their lives and their well-being,” said York. “It takes many partners working together to prepare for the threat of wildfires each year, and we really couldn’t do what we do without the longstanding and ongoing support of SDG&E.”

This partnership recently expanded to include the Public Safety Power Shutoff (PSPS) program, where SDG&E, during extreme weather, temporarily shuts off power to prevent wildfires. As a result, 211 San Diego has been especially critical to helping people with access and functional needs during a disaster.

“We will continue to help San Diego do everything possible to prevent and respond to wildfires,” said York. “Our partnership with SDG&E and the County is a benchmark for the state and the nation that all of San Diego can be proud of.”