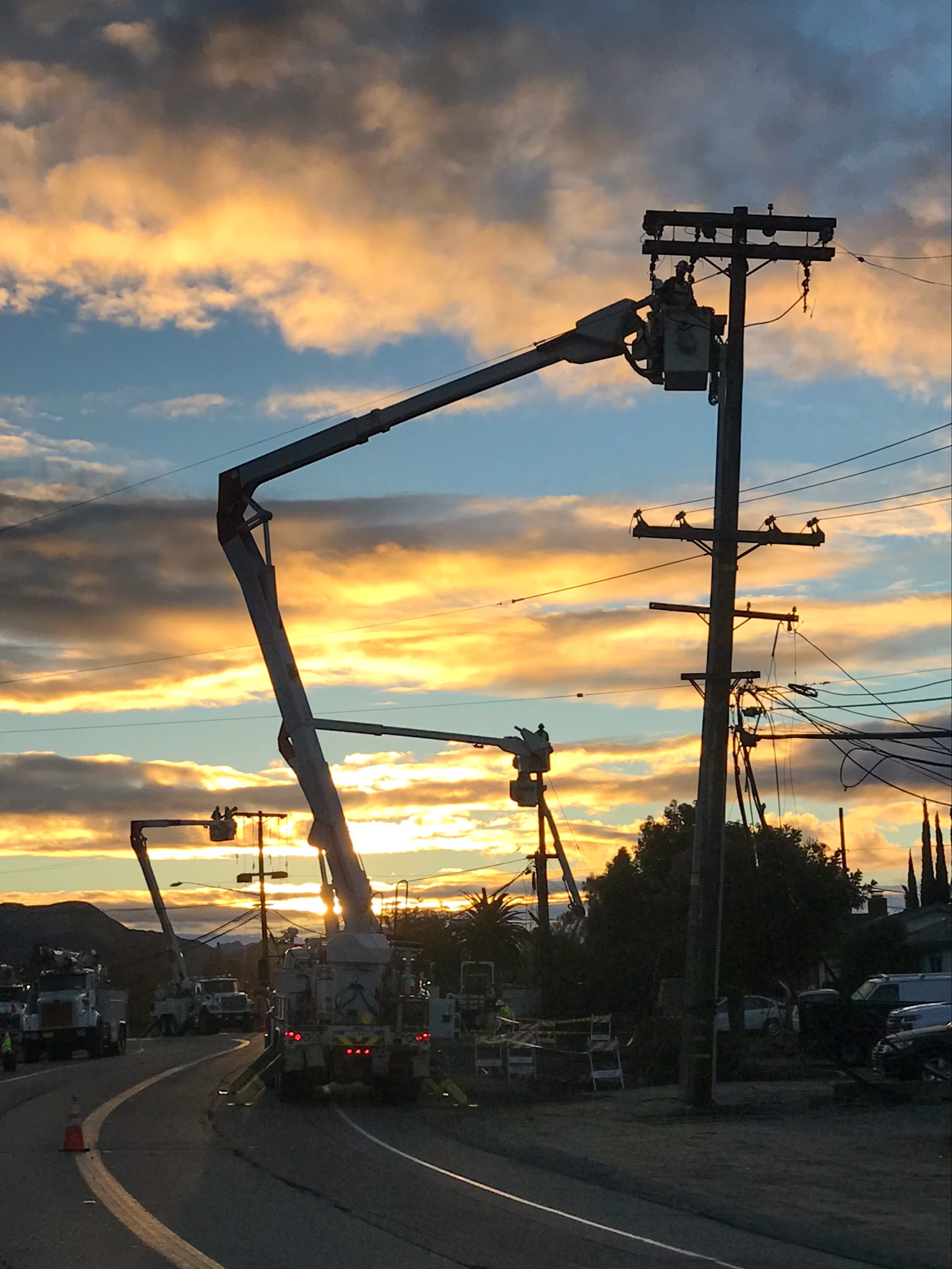 When a small jet carrying four passengers crashed about a mile away from Gillespie Field in El Cajon in late December – on the Monday after Christmas, it wasn’t just firefighters, local law enforcement and federal aviation investigators who responded to the scene.

SDG&E crews were part of the regional response.

Four people perished in the crash. While no homes were damaged or people injured on the ground, three sets of power lines were destroyed, knocking out power to several thousand customers in the surrounding area during a week when many host holiday get-togethers.

Shortly after the crash occurred, a crew from our Regional Electric Operations Group mobilized to the incident and were among the first on the scene, de-energizing equipment to safeguard the area for first responders and investigators. Over the next four days – through rainy weather – they worked tirelessly to get power restored and equipment repaired, all the while maintaining close coordination and communications with the incident commander.

“The safety of our customers, our team members and the communities we serve is always our first priority.,” said SDG&E Chief Safety Officer and Senior Vice President of Electric Operations Kevin Geraghty. “Our crews responded to the incident within 35 minutes and our equipment was quickly de-energized and deemed safe for the community and investigations to follow.”

Most of the remaining affected customers resided in the Pepperwood Park Mobile Home Community, which presented a unique challenge because the circuits feeding the park were damaged and crews were not able to gain access to the site for some time. This required SDG&E teams to develop an interim solution, which was to deploy a large-scale generator that could temporarily power the entire community. The team acted quickly in collaboration with the American Red Cross, and by 9:30 that night, all but six customers had their power restored.

By early Thursday morning, four of SDG&E’s line trucks and 50 crew members were finally granted access to the crash site by the National Transportation Safety Board. They completed the necessary repairs to the electric infrastructure within six hours.

While our work at the crash site is done, our hearts continue to go out to those who lost loved ones in this terrible accident. We are also grateful for our partnership with first responders who work day in and day out to take care of our community when incidents and emergencies occur in our region.