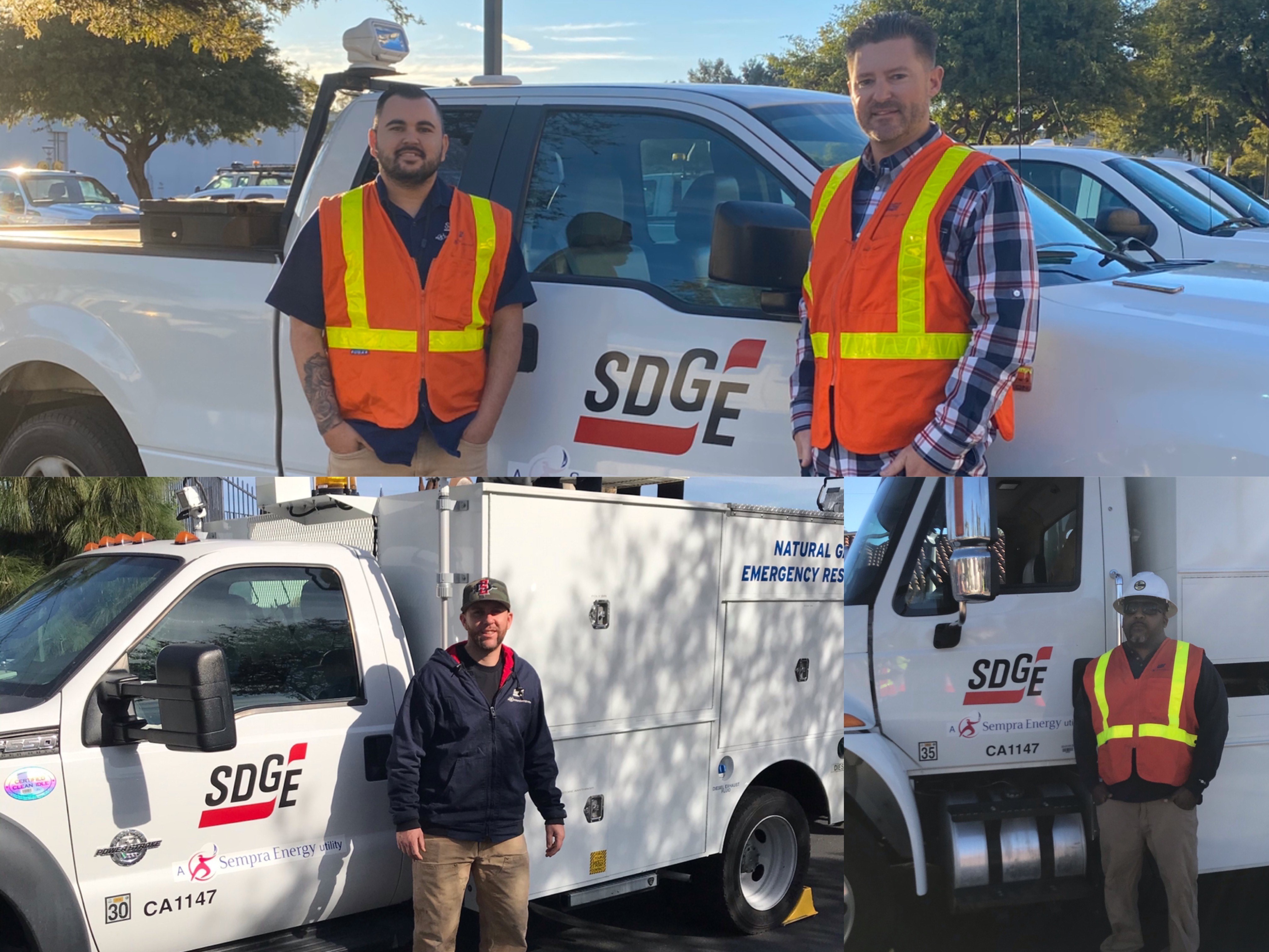 It happened in mid-December and again in January. Gas team members from our Metro district sprang into action twice – once to put out a vehicle fire that could have damaged an apartment complex and another time to help an injured driver.

Putting Out a Vehicle Fire

On Dec. 11, shortly after Mike Horowitz and Steve Sealie responded to a gas leak at an apartment complex, they spotted something glowing across the parking lot.

A closer look revealed flames shooting out the windshield of a sport utility vehicle that was parked next to other vehicles, directly under an apartment unit.

Mike quickly retrieved the fire extinguisher from their truck and extinguished the fire while Steve called 911. As they waited for the firefighters to arrive, they continued to keep the scene safe. Their swift actions likely helped prevent greater damage to the apartment complex and adjacent vehicles.

This was the first instance of two, in a matter of weeks, where our Metro district employees sprang into action as good Samaritans.

Coming to the Rescue of An Injured Motorist

In early January, two other Metro Gas team members came upon another emergency: a car on its side, pinned between a freeway ramp guardrail and a big rig.

“We immediately pulled over to assist as it seemed that the few people that were there were panicking,” said Roberto Martinez who was traveling with Michael Balsley at the time.

They called 911 and stayed at the scene to help.

Joined by a U.S. Navy Corpsman who also came to the driver’s rescue, Michael and Roberto – both field operations supervisors – tended to the injured driver.

“We immediately began to try and stabilize the man,” recalled Roberto. “Our main objective was to keep him stable and as calm as possible until the paramedics showed up. We ran some concussion protocol tests and tried to have him mimic our breathing, while assuring him that medical assistance was on the way.”

The Good Samaritans attributed some of their quick actions to annual safety training they receive at the company. Safety is one of the fundamental pillars of our company culture, and our employees undergo extensive safety training.

A local news station ran a story that captured what happened and the role SDG&E employees played in coming to the rescue.